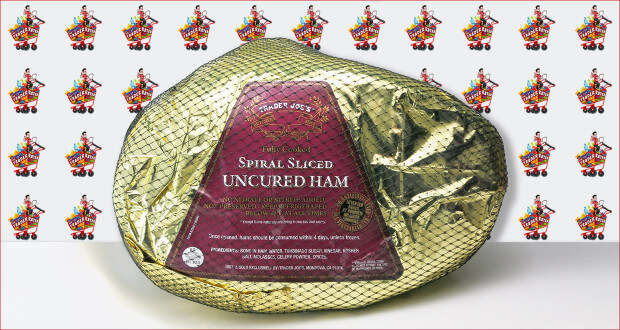 Heating the Ham:
Note: Ham is fully cooked – do not over bake!

We found that more time was needed to reach an internal temperature of 120°F, but we opted for a lower temperature vs. drying out the ham.

Regarding the glaze instruction about stirring the mixture “continuously until the entire spice packet has dissolved” – because there is white pepper and ground cloves, etc. the spices will never FULLY dissolve, but a few minutes of stirring is all you need.

Regarding the glazing instructions, unless you have 2 ovens (we don’t), you would theoretically have to keep the ham out of the oven for 10-15 mins until your oven temperature preheats from 275°F (the ham cooking temperature) to 475°F (the glazing temperature). Letting the ham cool during that time seemed counterintuitive to us, so we let the oven preheat only as long as it took us to glaze the ham. Then we cooked at 475°F for 10 mins and everything worked out perfectly. 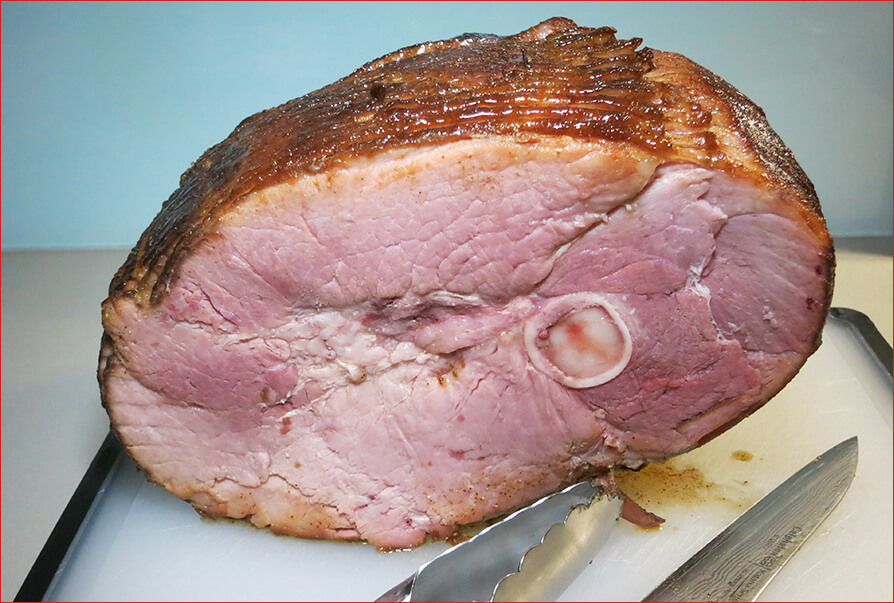 We love the Christmas holiday season. It’s the perfect time to reconnect with friends and family, and, of course, there’s so much festive food to enjoy.

In our opinion, when the nights grow long and the air gets chilly, nothing brings out the holiday spirit like a roasted ham for dinner.

This year was the first time we tested a ham roast from TJ’s – usually we opt for one of our tried-and-true online purveyors. But you can’t beat the in-store convenience, and this ham has all the right attributes: uncured (i.e. no nitrates), no antibiotics, no hormones and never fed animal by-products.

We ended up snagging the last Spiral Sliced Ham from our local Trader Joe’s, and it was a beast – weighing in at 10.57 lbs. Much more than we needed, but who doesn’t love leftovers?!

So, what did we think? For some reason, we had low expectations, but we dead wrong – this ham was delicious! It may very well have been the best Spiral Sliced Ham we’ve ever cooked! It was tender, not overly salty, and very flavorful – with a touch of sweetness.

One criticism: the spiral cuts only went down about 1″ into the ham, so it was more “spiral scored” than it was “spiral sliced”. It actually made it harder to cut. But we’re thinking this was actually a mistake, and that other TJ hams had their slices all the way to the bone (feel free to weigh in if you’ve experienced the same).

All told, we’re definitely fans of this Uncured Ham, and we’ll be back next year for our holiday feast. As for now, we’re looking forward to a few weeks worth of ham and eggs, ham sandwiches, and whatever else we can think to cook up with the leftovers (recipes welcome!).

Summary : This Uncured Ham was a pleasant surprise. It was tender, not overly salty, and very flavorful - with a touch of sweetness. The perfect Christmas treat!